How to be more Masculine without being a total jerk 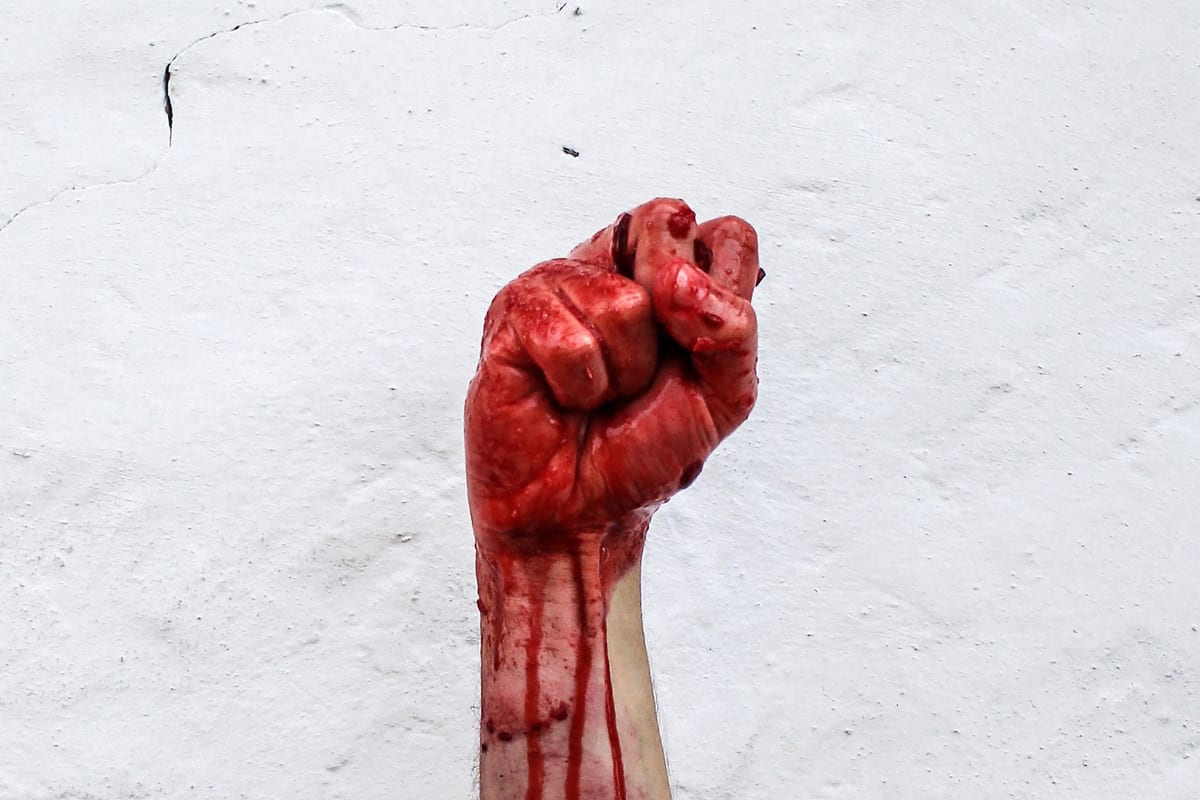 The feminist movement has created many necessary advances for women’s role in society, but in doing so, has also created some challenges for the other 50% of the population.

I’m not talking about greater demands on to even percentage of housework or the overbearing weight of actually having to listen when someone says ‘No’. I’m talking about something deeper and fundamental to their existence: a crisis of masculinity.

As a male who grew up in a staunchly bra-burning feminist household, I can confidently say that it’s tough to hear that the singular cause of the ills of society is your Y chromosome. That the pain and suffering of the masses perpetuated by the narrow-minded, stubbornness of ‘bloody men!’ Not by arrogant arseholes or closeminded, bigotted, insecure losers, regardless of gender, but by the singular collective noun used to describe 50% of the human population: men.

This misguided assignment of blame for the pain of the world onto the shoulders of EVERY male, including impressionable 14 year olds who simply want to do the right thing and make their mothers happy, leads to a desire to distance themselves from anything male. This, unfortunately, includes every internal thought, desire, drive, ambition, or belief that could be associated with being male.

This, unfortunately, includes everything inherent to them as a person.

There are many different issues we could cover that stem from this detachment including getting stuck in your head, worrying about what other people think of you, constantly needing to please others, and just about everything in between, but this article isn’t about identifying the problem. It’s about the solution.

It’s about connecting back with your inherent masculinity, but, and this is incredibly important, doing so in a way that doesn’t violate your core belief that all people are equal and deserve to be treated with respect. This is about getting in touch back with your masculinity in a way that doesn’t involve violently attempting to assert your dominance or playing psychological games to minimise the success of others. This is about becoming you, but not at the expense of everything you believe.

If you’re ready to align back with the drive and assertiveness raging inside you, then strap yourself in, sunshine. You’re about to go on a suspiciously simple and straightforward ride, starting with the basics.

Should you be more masculine?

Firstly, a really important question: should you be more masculine? Should you walk this path? The hard and fast, concrete, , all-time answer is: it depends. It depends on why you’re doing this.

If you’re becoming more masculine because of some misguided belief that women don’t like you because you’re too sensitive or that there’s some messed up ‘natural order’ where men have to bang their chests and hunt wild boar or any other reason that means you’re doing it for ANYTHING other than your own self-expression then you need to stop now. Walking this path won’t be rewarding, exciting, or fulfilling. It’ll simply be another painful and frustrating path that may end with you achieving some arbitrary goals you’ve set, but with little satisfaction or fulfilment arriving with that achievement.

The ONLY reason you should take this journey is if you feel something deep inside you that’s dying to break out and you want to do it in a safe, sensible, productive way that doesn’t violate your base-level belief in the decency of human beings. You have to feel as though there’s an inherent masculinity within you that you want to embrace and you’re looking for an empowering way to do it.

The first step in becoming more masculine is first understanding what masculinity is. We live in a society filled with various glamorised stereotypes of alpha males ranging from football players to army vets to high-flying corporate CEOs in private jets and if you’re going to become more masculine, you need to dispense of the noise and identify the core trait of masculinity.

Typically, I’d ask a series of leading questions designed to get you to drill through the layers and identify the core mechanism behind these various different masculine archetypes, but that’s going to take FAR too long with this many different definitions so I’m just going to lay it out.

At the core of these various images of what a ‘real’ man is, is a very simple idea. A person we label as ‘masculine’ in our modern society is anyone who finds their sense of certainty through taking action. Not through the kind words or others of the approving nod of their parents, but through the act of undertaking and completing a task to the best of their ability.

This is why football players are labelled masculine – because their single-minded dedication to competing within the framework of the game and achieving ultimate victory over their foes is certainty through action at it’s finest.

This is why military personnel are labelled masculine – because their commitment to defending the rights and freedoms of others through overcoming their enemies is certainty through action.

This is why the high-flying corporate CEO is labelled masculine – because their drive to conquer the business world through the strategic deployment of their resources is, in it’s simplest form, certainty through action.

This is masculinity at its core: certainty through action. It’s letting go of the thoughts and doubts and opinions of others and doing the tasks you need to do to be certain you can live the life you want, now and in the future.

“What action can I take right now to be more certain about my life?”

Forget about what other people are thinking or what’s happened in the past or what could happen in the future. Right now, in this present moment, ask yourself:

“What can I do right now to be more certain about my life?” And then when you have your answer, take action. And then do it again. And again. And again. Let go of the opinions and beliefs and concerns about what others think by finding what you’re looking for in the actions you’re taking.

That’s all there is to it. Masculine people (both men and women) find their certainty through the actions they take, rather than how people respond to those actions and so if you want to be more masculine, that’s how you do it.

If that’s not specific enough to start you on your way, here are three questions to help break it down:

This is it. This is all there is. No fancy games or tricks or items to collect. Simply fix the things in your life that are making you uncertain.

…without being a total jerk

There is one little caveat to this that needs to be addressed.

At some point in time, you might arrive at a situation where the actions you need to take to increase your certainty involve punching some arsehole in the mouth for being a prick. Yep, that old chestnut.

You’ll be at some venue doing some task with some group of people, and some douche-bag will just grind your gears in the wrong direction. At that very point in time, with all the mental facilities available to you, it’ll appear that the only logical solution is to crack his head open with a shovel and force-feed him his own testicles.

If you arrive at this situation and find that whilst you do want to follow through with this seemingly logical conclusion, you are also consciously aware that it’s not a productive way to live your life, there is a way to address it that still allows you to follow the ‘certainty through action’ principle without ending up in jail. It’s called: taking ownership.

In any moment, at any point in time, in any outcome, there are elements within your control and elements outside your control.

I made those up and they may be totally different in your situation, but that’s ok. The point here isn’t to exactly articulate the specific mechanics of your painful and frustrating life. It’s getting you to see that in any situation, there are things you do control and things you don’t. This is important to understand because:

Ownership is the process of focussing solely on your contributions to the issues, challenges, and problems you face.

It’s pretty simple. Instead of getting caught up blaming others for what they’ve done and demanding they compensate you for your suffering, you direct your attention solely and exclusively to what you contributed to the outcome. Like:

Or anything else you contributed to the situation.

You’re right. Other people do contribute to your pain and frustration and misery. They take actions and they say things that hurt and burn and shatter your fragile self-confidence.

Taking Ownership doesn’t mean pretending like you were the only contributor to your misery; it’s avoiding the pointless and frustrating process of trying to get other people to change. It’s directing your time and energy onto the things you do control: your thoughts, decisions, and actions.

Other people have no vested interest in your happiness and trying to force them to do so is simply waste of time and energy.

Taking ownership is the key to being masculine with being a total jerk because it removes the outward-focussed blame. It stops you directing your rage at the people and objects and things around you and directs your attention back to things you can control: your thoughts, decisions, and actions. This reduces your rage in two ways:

Taking ownership reduces the amount of rage and frustration you feel because it gives you a path to solving your life challenges and issues.

When you take action on this and consciously change your contributions in a similar situation, you’re left with a totally different, and typically less frustrating situation.

This reduced frustration means that you’re less likely to get agitated by things not going your way.

In the times when you do fail to take the appropriate actions and your life still ends up in the same frustrating pattern, taking ownership means that rage will be direct towards yourself instead of the world around you.

You won’t be left fired up and ready to punch someone’s face in. You’ll be frustrated with your own lack of progress and typically end up more committed to doing things differently next time.

How to take ownership

As you can probably guess, taking Ownership isn’t complicated, tricky, or intricate. In any situation, there are things outside your control and things inside your control. Taking Ownership involves focussing solely on what you contributed. That means that anytime ANYTHING happens that leaves you feeling frustrated or annoyed, stop and ask yourself:

What did I contribute to creating my frustrating and annoying experience?

That’s it. That’s all it is. It’s not difficult or challenging. It’s actually pretty straight forward.

If you try this and find it a little too challenging, there are a few subtle nuances that will make it easier. And it’s definitely FAR easier to go through with a group of people who’re also on the same path.

If you’d like solutions to the common problems people face when taking Ownership and the support of a group of others going through the same challenges, you can get that in the Ownership Challenge.

It’s a quick, one-page challenge you can undertake with specific guidance on how to overcome the most common barriers people encounter as well as a private support group to help you when you’re stuck.

If you’re ready to become more masculine without being a total jerk, you can do so here: Ownership Challenge