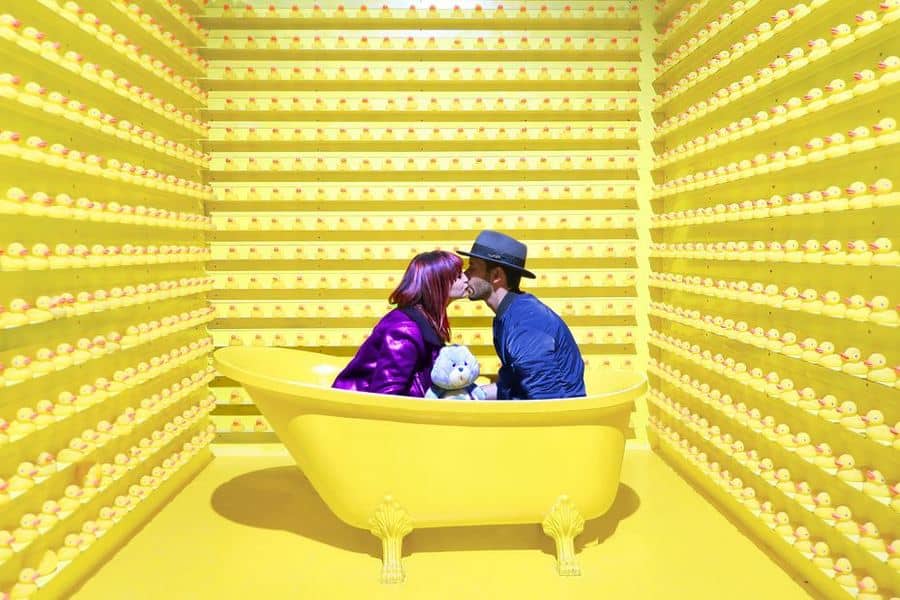 “I don’t want this to be exclusive…” was the last thing I wanted to hear. She was beautiful, intelligent, funny, cool, and a sexual dynamo. And she was mine. Or so I thought…

“It’s not that there’s anything wrong with you, it’s just that I don’t want to get into a relationship.”

Sure, that made all the difference. I felt SO much better. But I agreed. Partly because I was terrified of losing her, but also because I wanted to see just how it would play out. I’d never been in that situation before and it was going to be interesting.

Despite what my original misgivings, it turned out to be a smart decision. I’d spent all my time up until that point in exclusive, monogamous relationships and thought that was the way to go.

Reason 1. You can see other girls

Allowing her to see other guys gives you the space to see other girls. This means you go out, flirt with attractive women, play, make out, muck around, and not even think twice about getting in trouble.

If she’s seeing other guys, it means she’ll be far less needy and demanding. You’ll have more freedom to do what you want, when you want, and be able to see her when you want to, rather than when she calls.

It will also help you avoid getting needy. If you’re also seeing other people, it won’t matter if she can’t see you because you’ll have other things to occupy your time with.

As neediness is one of the biggest relationships killers, this is a HUGE plus.

Reason 3. It keeps the relationship interesting

The fastest way to kill any potential relationship is to take all the tension out of it. Safe, comfortable relationships have the most potential to get boring and stale very quickly and fizzle out before you can work out if there’s any real potential.

By encouraging girls you’re dating to see other guys and seeing other girls yourself, you’ll keep the tension, desire, and passion in the relationship long enough to see if this person is really worth committing to.

Reason 4. It forces you to confront your insecurities rather than running from them

Dating a girl who you know is dating other guys is a fertile breeding ground for insecure thoughts to pop into your head that just don’t exist if you’re in an exclusive relationship:

Realising these insecurities and having them hit you in the face every time you see her means you have to confront them and deal with them, rather than running from them.

When you confront them, you’ll develop your inner confidence and strength to a point where you simply don’t care any about other guys anymore, rather than spending your life running from your insecurities.

So, if you’re seeing a girl and worried that she’s going to date other guys unless you put a ring on it, stop worrying. In fact, do the opposite.

Encourage her to see other guys and explore all the delights the world has to offer.

By doing this, you’re not only giving your relationship a chance to grow to its full potential, but you’re also forcing you to confront and overcome your insecurities and move towards your true potential.

I’m not suggesting you allow your wife to date your best friend but in the world of casual playing, it can be very beneficial.